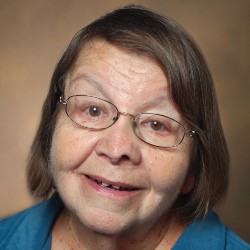 Barbara Batson was born and raised in Pittsburgh, Pennsylvania before moving to Tennessee, where she was employed as a Business Analyst in both health care support and financial management environments. Barbara moved to Dickson County becoming accustomed to a rural lifestyle where she became a Master Gardener and raised free-range chickens. During her membership with the YMCA, a passion was ignited for aquatic fitness. She became a lead aquatic exercise trainer.

In 1995, Mrs. Batson earned Aquatic Fitness Professional Certification from Aquatic Exercise Association (AEA). In 1998, Batson joined the Vanderbilt Dayani Center group fitness instructor team where she continues to teach aquatic exercise for special populations and provides aquatic personal training with focus on neurological diagnoses.  Mrs. Batson was the 2014 recipient of the AEA Lifetime Achievement Award.  Her affiliation with the Aquatic Therapy Rehab Institute, since 1995, continues as a faculty member and On-Site Education Liaison. In 2014, Batson was the ATRI Dolphin Award recipient.

Mrs. Batson is serving her second term as Vista Points board member and current President. She is pleased to add diversity to the group and to help raise awareness of Special Needs Trusts of those within her sphere of influence. 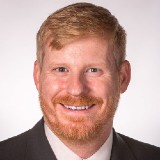 Chris holds a Bachelor of Science in Mechanical Engineering from the U.S. Naval Academy and a Juris Doctor degree from the College of William and Mary School of Law. He is a member of the Tennessee Bar Association, serves on the Board of Directors of VFW Post 9851 in Hendersonville, and is a member of Rotary International Gallatin Noon Club and Our Lady of the Lake Catholic Church.

Commissioned as a Second Lieutenant in the United States Marine Corps after graduation from the U.S. Naval Academy, Chris’ career included multiple deployments to Japan and Afghanistan. He served in a number of roles including but not limited to Infantry Officer, Judge Advocate, and Deputy Chief Legal Advisor to the to the Afghanistan National Army. Prior to his retirement from military service in 2014, Chris had achieved the rank of Major and was heading the Legal Services Support Team serving Marine Corps Air Station, Cherry Point, North Carolina. After relocating to the Nashville area, Chris previously worked at a law firm where his practice included elder law, estate planning and administration, probate law, and VA benefits planning.

When Chris is not serving clients, he enjoys swimming, sailing, hunting, and coaching Little League baseball. 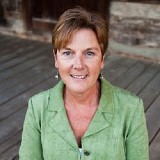 Patricia Wissel joined our Vista Points Board in 2018 bringing her gifted communication skills and performance sales executive/leader/trainer experience to us.

Pat currently works at The Hearth of Hendersonville.  She has worked at Elmcroft of Twin Hills, an assisted living community in Madison, as well as co-ownership of Preferred Care at Home of North Davidson and Sumner counties.  Pat excels in assisting the senior population in need of experience and quality services.

In Pat’s words, “I am honored to be a part of the Vista Points’ board because I have experienced first-hand how its charitable giving has impacted people who need it so desperately but do not have the means to make it happen. Then there are the solutions and peace of mind that Vista Points provides families who need to find a way to take to care of a loved one. They can find the answers here.”

We are excited to have Pat on our Board and look forward to working with her as we provide Trustee services to our beneficiaries.

Bryson Eubanks attended Carson-Newman University where he played baseball and earned a Bachelor of Arts Degree in Psychology in 2004.  He received a Master of Arts degree in Gerontology, with a concentration in administration, from Appalachian State University in 2006.  In 2008, Bryson began working as the public benefits specialist at the Takacs McGinness Elder Law Practice, then transitioned to work with the Elder Law Practice of Nashville.  Bryson returned to college and graduated from Nashville School of Law in 2019.  He joined the Kane and Crowell Law Firm that same year.  Bryson watched his grandmother and her siblings take care of his great-grandmother during the last years of her life.  He new then that he wanted to make a difference in the lives of families, as they work through the difficult and winding maze of aging.

Bryson resides in Nashville, Tennessee with his wife, Miller, and their son.  During his free time,  Bryson enjoys time on Old Hickory Lake, volunteering in the community and Braves baseball. 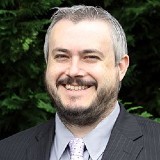 Calling Murfreesboro, TN his home since childhood, John started practicing law in order to make a difference in others’ lives. From Hobgood Elementary to Central Middle and from Riverdale High School to MTSU, John is truly a product of the community.

John enjoys serving on the Board of his daughter’s American Heritage Girls Troop. During the Fall and Spring, John can be found coaching his daughter and son’s soccer teams.

“I have been working with Vista Points for over 10 years now. When you keep coming back to a group for that long, they must be doing something right. I truly believe they care about those that they serve.”-B. Eubanks